Continuous temperature monitoring from the kernel's /sys/class/thermal/ in an application can be cumbersome. gtherm aims to make that simpler by providing a daemon (gthd) that exports thermal zones and cooling cells over DBus and providing a small library libgtherm (and GObject introspection bindings). gthcli is a simple command line client that displays the currently found values:

There's support for gnome-usage in the works: 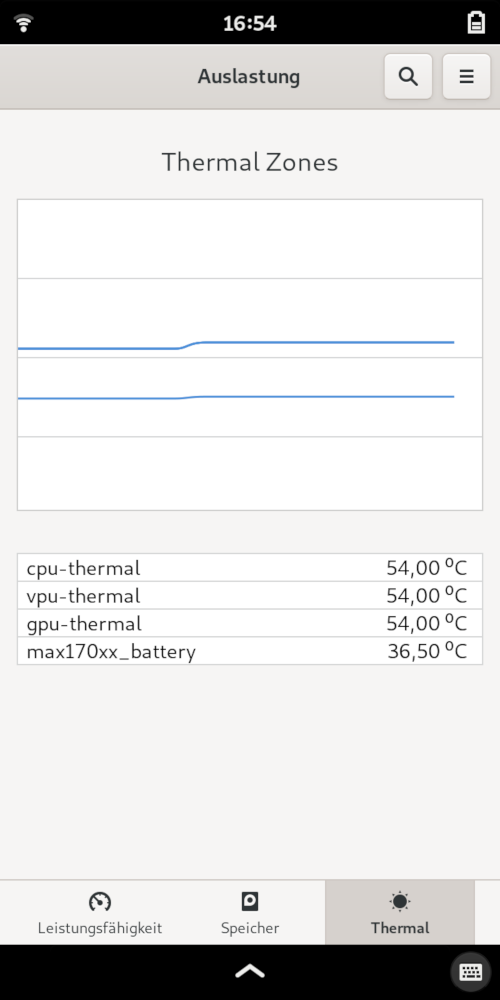 Next up is support for trip points (and maybe tuning cooling behaviour from userspace later on).

tl;dr: If you want to be sure your application will be displayed with the correct icon under different Wayland compositors make sure that your GApplication (or GtkApplication) uses

Details: While working on touch based window switching for the Librem5 I noticed that lots of the GNOME application did not end up with a proper icon when using g_desktop_app_info_new (desktop_id). The desktop_id is determined from the Wayland xdg surface's app_id as specified by in Wayland's xdg-shell protocol.

It's even more explicit about the relation of the app_id to the D-Bus service name:

So why does this currently fail? It's because GTK+3 historically uses g_get_prgname() to set the app_id and this defaults to application's basename. But what we rather want is

There were patches by Jonas Ådahl to fix this but those were partially reverted since it broke existing applications. Now with GTK+4 around the corner we can fix this. See the migration docs.

This will also allow us to get rid of all the rename-desktop-file in the flatpak manifests too.

(The reason why this currently works in gnome-shell is because there's a private protocoll between GTK+ and GNOME Shell that (among other things) works around this).

Update: to check what app_id Wayland is seeing use: